← more from
Whirlwind Recordings
Get fresh music recommendations delivered to your inbox every Friday.
We've updated our Terms of Use. You can review the changes here.

Guardians of The Heart Machine 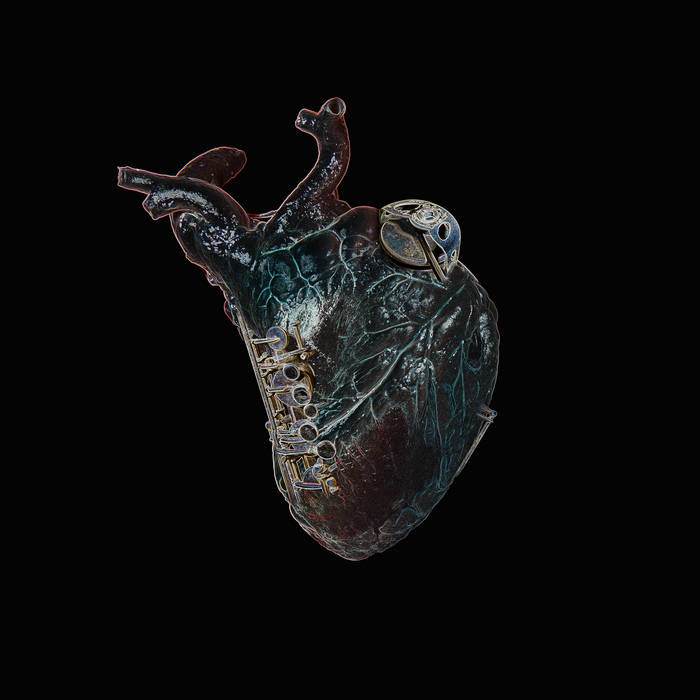 Wytze van der Raay I've been following Seamus Blake since his first Criss Cross album "The Call", and with every new album he is bringing new joy in my life, this one is no exception. Favorite track: Blues for the Real Human Beings.

Born in London, raised in Vancouver, and a student of Berklee, Blake has released eight albums as leader and contributed to numerous other recordings. Back in 2002 as winner of the Thelonious Monk International Jazz Saxophone Competition, he delighted in playing alongside Herbie Hancock and Wayne Shorter. Heralded as one of the most influential saxophonists of his generation, his extensive career has included collaborations with Gonzalo Rubalcaba, Dave Douglas, Antonio Sanchez, Michael Brecker; and as a member of John Scofield’s Quiet Band, the guitarist hailed him as “extraordinary – a total saxophonist.”

The 'French Connection' concept was pitched – specifically with Tixier, Nisse and Garrigue in mind – by jazz aficionado Olivier Saez, recalls Blake: “He was interested in hearing me alongside some younger, top-of-the-line French musicians. Olivier passionately puts his time and energy into music, and I was blown away by his organization and generosity when we toured France and Spain. I enjoyed how the quartet worked together, prompting us to then record over two days at Studio de Meudon, Paris.”

Blake wrote and arranged especially for these artists: “My idea was to bridge what I consider elements of European and American styles, writing music I like to play, but also with a European sensibility, including classical harmony and certain types of groove. I envisioned the strengths of each of the band members, having already toured with them. They’re versatile and adept, with the foundation, openness and energy to head in different directions; so their creative contributions became part of the spirit of the record.”

That verve is evident in the title track, whose anthemic drive and melodic hooks are informed by Blake’s indie-rock interest; and the loping gait of ‘Vaporbabe’ was inspired by the 9/8 hand-drum and clapping rhythms of a street band in Istanbul. Furtive ‘Sneaky D’ confirms the saxophonist’s penchant for strong melody, sparking off his rhythm section’s vitality, while Eddie del Barrio’s ‘I’m OK’ echoes the lusciousness of Stan Getz and Kenny Barron’s recording, Blake enjoying the space to solo on its elegant changes. Bristling ‘Lanota’ (read it backwards) extends the band’s sense of exploratory freedom, as does ‘Wandering Aengus’, taking WB Yeats’ poem as inspiration to traverse different key centres. Lively samba, ‘Betty in Rio’ (a contrefact on Benny Golson’s slow-swinging ‘Along Came Betty’) leads to Tixier’s amiable, countryfied ‘Blues for the Real Human Beings’; and ‘The Blasted Heath’ closes with Blake’s oblique observation of humanity’s impact on our planet.

“For me, jazz is essentially about improvising and the beauty of a solo”, explains Seamus Blake. “But while I grew up with and studied a lot of mainstream and traditional jazz, I also like to integrate and involve elements from outside of that world – so it’s refreshing to work with these younger guys.”

"The album's mood is comprehensive, ranging from the mellow ballad "I'm Okay" to the angular "Lanota," but all sharing the unifying characteristics of sheer bravura performances and satisfyingly assured compositions."
★★★★ All About Jazz

"Virtuosity in both the composition and the performance on this first class recording."
★★★★ Concerto Magazine

"An exciting, young saxophonist who upholds, embraces and embodies the pure values of jazz."
Jazz thing

"Blake sounds self assured, whether he's blowing hard or whispering into his mouthpiece... His tone and everyone's compositional strengths sail over national borders."
DownBeat Magazine

"The saxophonist [Blake] himself is on top form throughout, showing the dazzlingly complete technique, passionate delivery and unique grasp of harmony that’s made his influence so audible in a generation of younger players."
Jazz Views

"A first-class album from a world-class saxophonist."
Jazz 'n' More

"A lively yet refined improviser with brilliant technique and outstanding expression."
Jazz Podium

"Symbolises and preserves the importance of delivering music with emotion."
Rheinmain Magazine

"An exemplary band performance, whilst sparkling individually with verve and vigour, energy and enthusiasm. But it is very much Blake at the fore and he’s on top form here, with some of his soloing reaching stunningly creative and magical heights."
UK Vibe

"Musical flamboyance. Driven by a controlled energy, the music is strikingly modern yet sensitive in expression."
Latins de Jazz

"Blake is as commanding and fluent as you’ve come to expect and a leading light for today’s wave of up-and-comers."
Ottawa Citizen

The Whirlwind Artist Page for saxophonist and composer Seamus Blake.

Bandcamp Daily  your guide to the world of Bandcamp